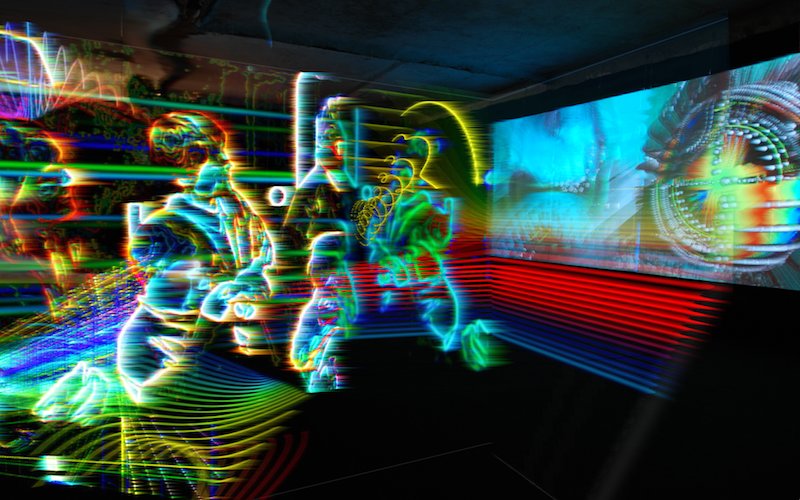 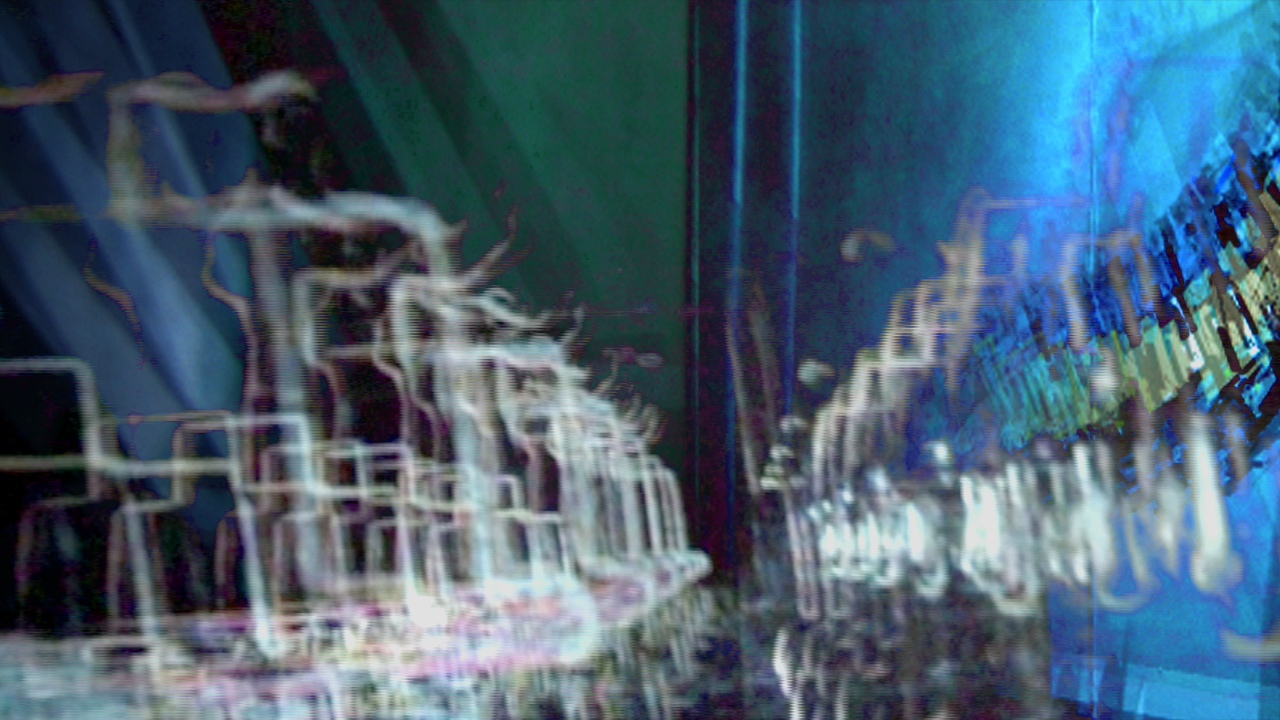 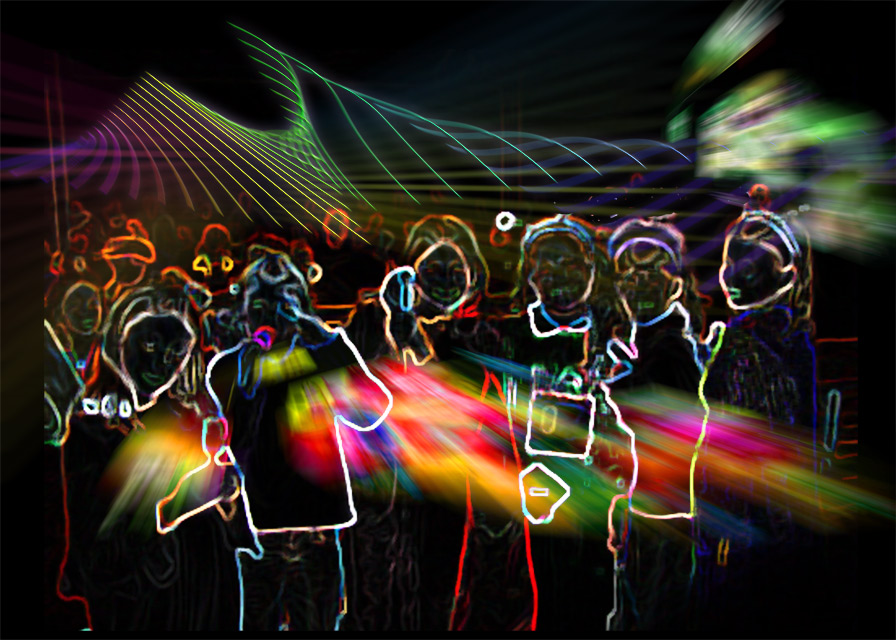 Physicists use the term anisotropy to describe direction-dependent properties of materials. Anisotropy can be defined as a difference in a physical property (absorbance, refractive index, density, etc.) of some materials when measured along different axes. An example of anisotropy is the difference in speed of light (and spectral characteristics) on different axis of various crystals. Another example is the specific electrical resistance in selenium which is higher in one direction and lower in the other. When alternating current is led to selenium, it flows only in one direction and thus becomes a direct current. Cosmologists use the term to describe the uneven temperature distribution of the cosmic microwave background radiation. The conception of anisotropy is also used in chemistry, optics, medicine, biology etc.

There are several video cameras in the room, that capture visitors’ presence in a stereoscopic manner. Visitors can observer the traces left by their movement of their bodies and also by previous visitors. The bodies are reduced to transparent silhouettes, but room between the people reveal a world woven from pulsating “hybrid tissues” the structure of which is determined by metaphysical codes. In these synthetic “landscapes” the visual and acoustic perception of a viewer takes part in imaginary “space surgery”.

The exhibition contributed to the nascent Latvian Archive of Electronic Art and provided Latvian public with an opportunity to see a complex interactive technology artwork.