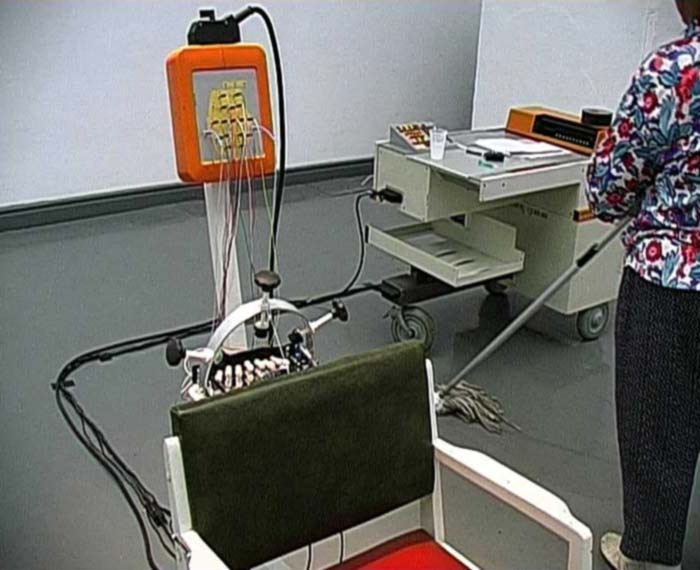 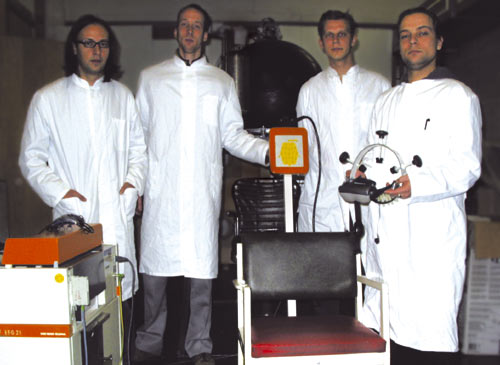 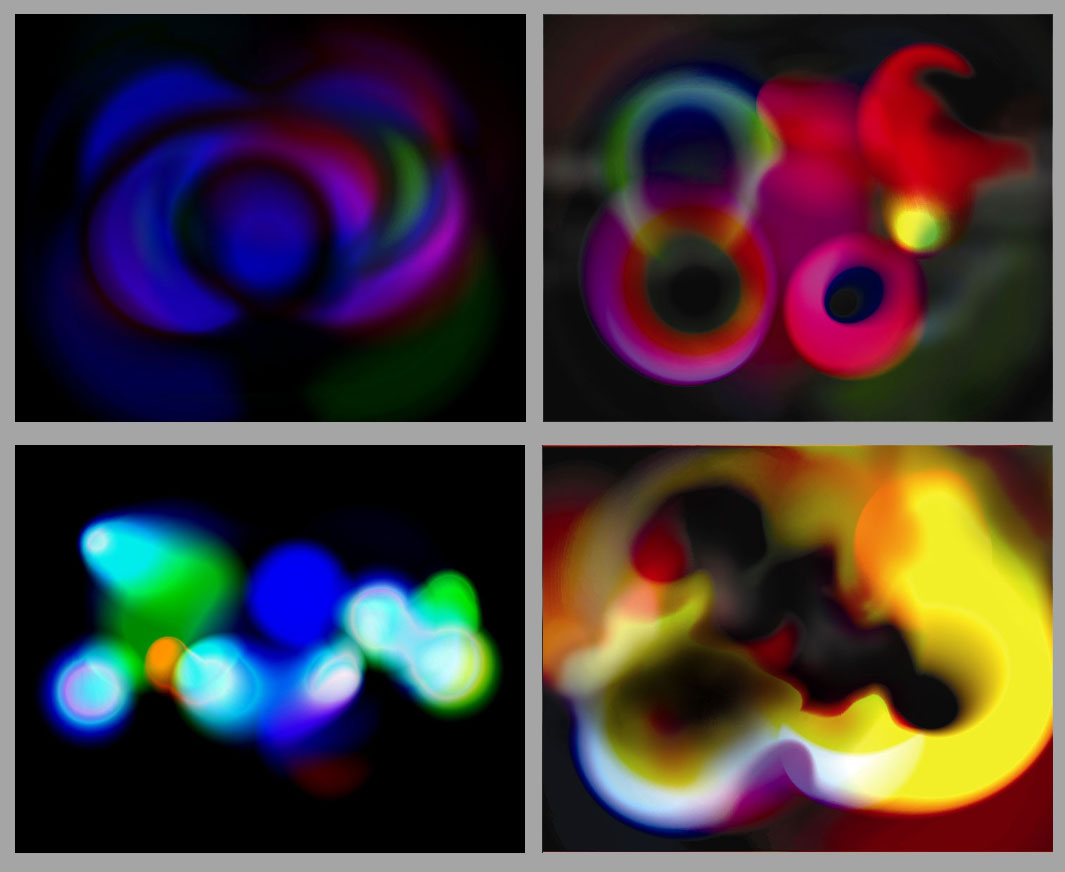 This project shows a custom-built apparatus consisting of a helmet with sixteen electrodes (sensors) for attachment to the spectator’s head, a HMD (Head-Mounted Display), an EEG device, and a computer. The HMD shows images that are synthesized from the impulses generated from the spectator’s brain reaction to images shown a moment before, thus creating a feedback loop.

BIOS is an investigational prototype for neuronal research dealing with brain signals correlated to visual perception, which could lead to a kind of a ”neuronal camera.” And it is also a slightly ironical ”homage” to the sensationalism of the contemporary industry.

In the course of history there have been many attempts to understand the way images are processed until finally they appear as ”impressions” in the mind. Due to the lack of sufficiently sensitive sensors (and maybe also for pragmatic reasons), one of the first experiments involved showing a certain picture to a macaque monkey and subsequently shock-freezing the animal. After that, its brain was removed in what was hoped to be the state ”identical” with the moment of discrete perception. Because the monkey was previously injected with a radioactive fluid, it was possible to produce an X-ray exposure showing a distorted version of the picture found in an area at the rear of the brain. Other perception-capture experiments were made by attaching invasive electrodes directly to the retina of a cat’s eyes. The result was a very noisy black-and-white video; the resolution was very poor, but the origin remained clearly recognizable.